The cure for writer’s block…and a “rant”

I found it…the cure for writer’s block…and it’s so simple.

It happened during a video I recorded with two of my heroes, John Carlton and Perry Marshall.

The subject of the video was “rants” (and I’ll share some of the highlights of that discussion too because it’s related to never being at a loss to create content).

At one point in this video, John talks about how in his entire career he never runs out of things to write about (or rant about) because he makes sure he is always engaged with the world around him–and stories are everywhere if you stay mindful of your surroundings and simply observe and connect.

I’ll never get writer’s block again after listening to John on this webinar.

Every elevator ride, every walk down the aisle at Wal-Mart, every airport experience (and I can go on) are potential blog posts, emails and rants ready to happen.

I wrote a post last year called “Shooting underhand,” which deserves a shout out to John for making me aware of this practice since I wrote it shortly after we recorded the video.

The story I told of basketball hall-of-famers Wilt Chamberlain and Rick Barry to make my point about “marketing congruently” is one I heard while sitting in synagogue listening to my Rabbi deliver his Rosh Hashanah sermon.

Add “houses of worship” to elevators, Wal-Marts and airports.

You make the observation, write it out, and then as John says, “it’s off to the races” (and the copy will just flow).

You just have to pay attention to the world around you all the time.

It truly is magic whether you are an experienced copywriter like John or a “copywriter wannabe” like me.

I started seeing examples of this everywhere.

How does an entrepreneur come up with an idea for a new product?

It’s basically the same process when you see an innovative “Shark Tank” pitch, which is the result of a mindful inventor who connects the dots.

I also saw this play out at a Titans Master Class when entrepreneur Chad Collins, who took a fascination with Legos with his daughter, and turned that into a multi-million dollar business.

Ideas are everywhere…the key is to be able to see what is a shiny object and what is a viable idea…and that takes practice…but it is so worth it.

It can change your career path in an instant.

That’s why it is so important to have folks in your inner circle to bounce ideas off of (for one thing)…and not to be impulsive but thoughtful…and that life is long.

The rest of the video has some valuable lessons in it too.“How to Galvanize Your Audience with a Pulse-Pounding RANT,” is worth watching if you have some time—but I’ll give you a preview and a little summary in case you can’t get to it.

When Perry asked me to do this video, knowing I am the nicest guy in direct marketing, I asked “why would you want me?” After all, Perry and John were famous for their rants and I’m not…or so I thought.

The idea of “rants” didn’t seem like something I did (or was even capable of) but what they are  talking about is a whole lot more than just being angry about something.

When I started looking at “Perry’s RANT formula” (see below) and reading some of my blog posts over the past five years, I realized that I am just another guy with a weekly blog who loves to “rant” too.

I think I had a misconception that a “rant” was like a “vent”—and I defined those two things similarly—and when I went down a rabbit-hole on Google for definitions of both terms, I found this:

Venting is when you’re angry and you need to get something out of your system. You vent to a person who actually wants to listen and cares about why you’re angry.

When you rant, you are just shouting your angry feelings out loud, and don’t care if someone’s listening or not.

I kind of despise vents since I rarely see the purpose–although I never want to be insensitive to anyone’s feelings; and with this definition of rants, it would seem like rants are even more of a waste of time than vents.

New learning from Perry and John:

With an appropriate rant to the right audience, rants can lead to real action…and even a movement.

Now that’s not even close to that Googled definition of a “rant” above.

This webinar I will share with you today (note that it is password protected…see the P.S.) puts structure around ranting–so it’s not just “…shouting your angry feelings out loud…” to no one in particular.

In short, Perry and John have redefined rants in the context of community building and marketing.

An indication of how much I hate venting is illustrated by a framed 4” X 6” card on my desk, facing out, specifically for anyone who comes knocking at my door wanting to vent, especially about a particular person or a group of people:

Dysfunction: The only consistent feature of all of your dissatisfying relationships is you

That card has been there for over 20 years to warn all who enter that if they plan to vent about all the people who have wronged them, we will need to start with the role they played in how that happened.

That’s why I’m allergic to venting…yes I still care…but I am now in love with ranting Marshall-Carlton style.

This webinar is 2 hours long but it will be well worth your time.

And please don’t share it freely…it’s only for you (and for those who live on “Planet Perry” and those who are part of John’s inner circle).

The password is at the end of the P.S.

Perry and John are masters at moving an audience to action (and I am learning how to do that too with both of them as role models) …and there is a method to this madness.

And a bonus of this video was that I started becoming more mindful of the world around me and I think you will too.

To tee this up further for you, here is “Perry’s RANT Formula” when you are talking with your tribe:

2. There’s an injustice (and for me, it’s usually more of a “misconception”).

Hey—I am the kinder and gentler “ranter!” (Note exclamation point though)

5. Moral Imperative (and this is where the passion has to come through)

7. Leave ‘em Hanging (and I will add  it’s about encouraging lots of discourse and dialogue…which if you see any rants from Perry and John, the comments and/or thread whether on email, Facebook, anywhere– is long and equally passionate.

Perry talks about this formula in more detail on the webinar.

He’s brilliant. So is John.

And if you have never been exposed to Perry and John in the past, you are in for a treat.

Even if you have no idea what a rant is in this context–or if you do and you are where I was, thinking “I don’t rant”–you must watch this video.

For those who know exactly what I’m talking about (i.e. you are already expert “ranters”), I guarantee you will gain new insights and techniques to improve on what you are doing already.

No matter what, it will improve how you write and compel people to action, always a good thing for any marketer or copywriter. 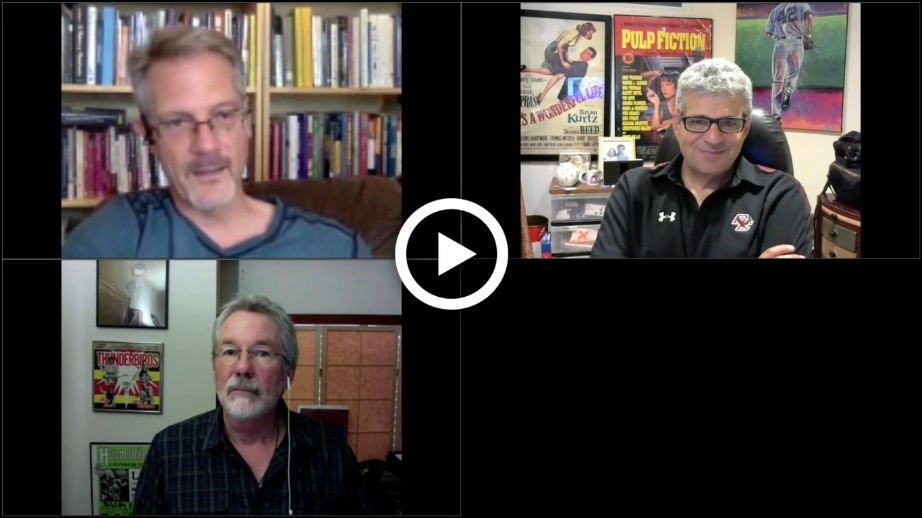 If you are a student or a teacher of anything,and I know all of you play both of those roles somewhere in your life, understanding how to make an argument like this will be a skill that you can take everywhere in your life.

One of the big lessons I learned being on this webinar is that even nice guys like me “rant” all the time…with a purpose.

Maybe I do it with a different attitude or angle than Perry or John…but we all agreed (and talked extensively about) how critical it is to “rant congruently” with who you are and all you stand for.

We also all agreed that ranting is required of all of us who have a pulse—as is “ranting with a purpose” and not just shouting into the wind or howling at the moon.

P.S. Please click here and watch the video (password below) and let me know what you think…and also what you come away with that you can use in your business or your life.

The video is password protected because the three of us agreed that we want our respective online families to have an advantage on getting this advanced degree in ranting…it’s a secret weapon whether you are a nice person like me or not.