A philosopher, a warrior and a direct marketer walked into a bar…

What if I told you I had a video for you today of Socrates, Alexander The Great and Gene Schwartz on stage presenting live?

I bet you would watch it, right?

Sadly, those three guys are no longer with us (although I really tried to get them for you).

Instead, I got three “stand-ins” who I hope you will still like…

I had the privilege last month to share the stage with a modern day Socrates (Jay Abraham), a modern day Alexander The Great (Mike Agugliaro)–and dare I say that I tried to be a modern day Gene Schwartz (at least I am his most enthusiastic student).

And he is also my “Homeboy.”

The event was for dynamic service professionals, mostly business owners, and mostly in the world of “HVAC” (heating, ventilation and air conditioning)…with some plumbers, electricians and other excellent tradesmen in the room as well.The leader of this tribe, Mike Agugliaro (“CEO Warrior”) built, and then sold, his own HVAC business (which he grew to over $30 million)–and I was in the room when Kevin O’Leary (“Mr. Wonderful” from Shark Tank) called Mike “the real deal.”

Mike is a living example of someone who “did it” and now feels an obligation to “teach it.”

Jay would tell us we have a moral responsibility to teach it (if we did it).

I recently sent Mike this plaque, created by my good friend and woodworker extraordinaire, Jason Garber, which is a quote from a previous post I wrote: 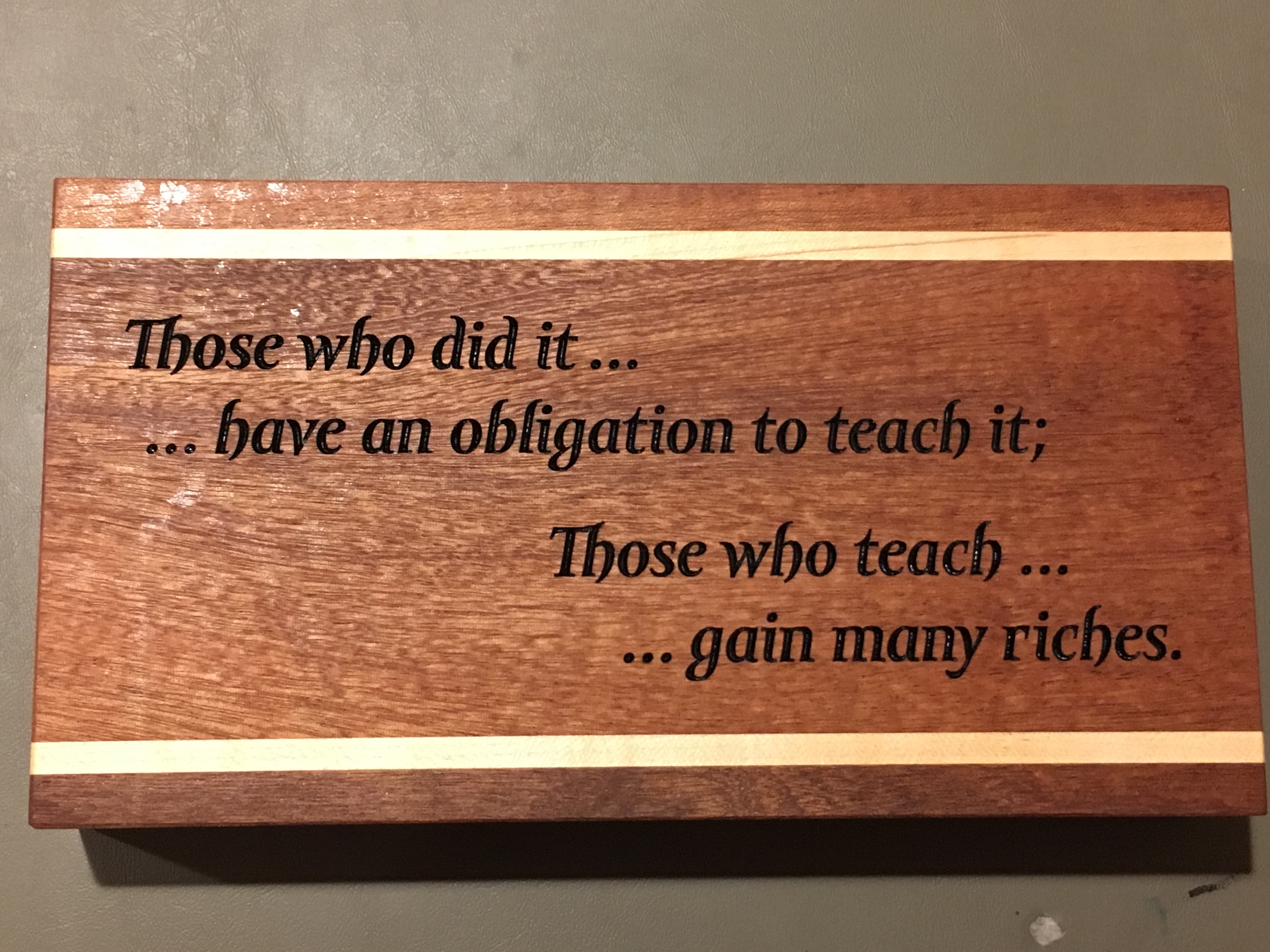 That Mike would bring in Jay Abraham to speak to his service professionals shows you his commitment to sharing best practices with his students…and I was so grateful to be along for the ride.

We had a blast on stage and I want you to watch this video when you can.

I think you will get some valuable takeaways from it. 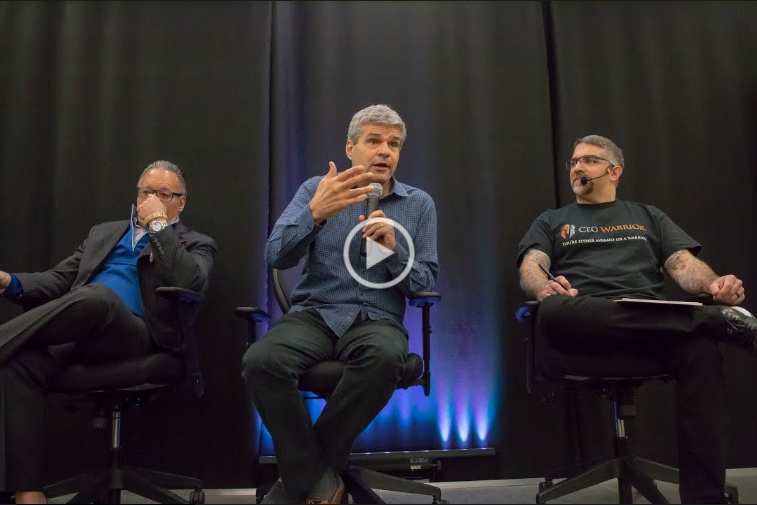 As you can see, the three of us are not at the bar (that came later)…

P.S. I am heading to Kenya for two weeks with my good friend and membership expert/super hero entrepreneur Stu McLaren (who runs an incredible non-profit organization, “Village Impact” with his wife Amy).

Village Impact builds schools in Kenya which changes thousands of lives every year.

I have a feeling this trip will be impactful in so many ways.

Stu and Amy take the notion of “teaching” to an entirely new level–bringing education to places no one would ever think would be possible.

I encourage you to follow their lead (and the lead of Jay Abraham and Mike Agugliaro) and teach everything you know as often as you can.

Encourage other teachers to teach too.

I’ll bring back some stories and pictures.

P.P.S.  And let me know what you think of the video.
Previous Article
Next Article